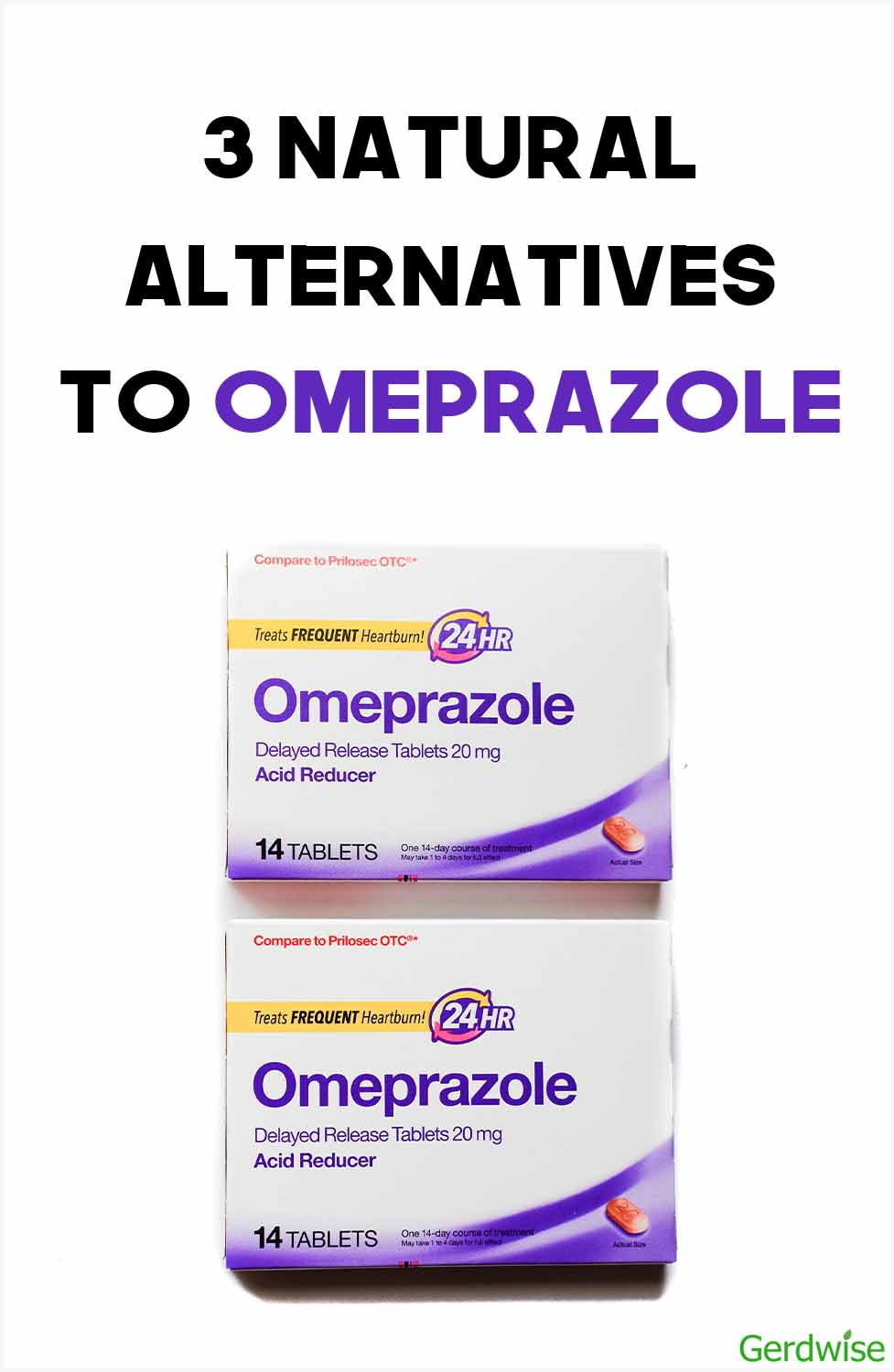 So you’ve just weaned off or are thinking about weaning off omeprazole because you’re concerned with the long-term side effects. Now you’re thinking: is there a natural alternative to omeprazole or PPIs in general?

That’s what we’re going to discuss in this article. Here’s a breakdown in case you want to jump ahead.

1. Why you may want to get off PPIs

2. Three Alternative Solutions for what is actually causing your acid reflux

3. Are H2 Antagonists a good alternative?

4. The Ultimate Test to confirm reflux and decide whether surgery might be a good option for you

1. Why you may want to get off PPIs

The potential side effects of PPIs, also known as proton pump inhibitors, have been known since the FDA approved them for the market in the late 80s, but in recent years, PPIs have attracted widespread concern as more and more studies have highlighted the dangers of long-term use.

For example, did you know that PPIs actually shift our gut bacteria due to acid suppression and as a result, can multiply harmful bacteria in our gut? Harmful gut bacteria and low stomach acid have been shown to increase the risk of indigestion, poor nutrient absorption, constipation, abdominal pain, and in some cases, even stomach cancer.

Another big reason why some people may want to come off PPIs and look for natural alternatives to omeprazole or Prilosec is because PPIs simply don’t work anymore.

According to this study out of Cedars-Sinai Medical Center in Los Angeles, up to 54% of PPI users with GERD will still experience acid reflux while taking PPIs.

In many cases, the side effects you experience on omeprazole may actually be worse than your reflux symptoms. Yikes.

2. What is actually causing your acid reflux?

Did you know that about 56% of doctors overprescribe and/or misprescribe proton pump inhibitors like omeprazole?

That may be in part why GERD(gastroesophageal reflux disease) diagnoses have risen so dramatically since proton pump inhibitors like omeprazole came out in 1989.

So I hear you asking: if it’s not acid reflux, what could it be?

Here are 3 common conditions that share common symptoms with GERD.

Dyspepsia is one of the most common gastrointestinal ailments people suffer from worldwide, that includes such symptoms as constipation, belching, bloating, suppressed appetite, and abdominal pain/burning. Sound familiar?

According to this journal article by Dr. Choung  et al., there is evidence that points to dyspepsia being significantly underdiagnosed:

If you are having trouble digesting food and are having inconsistent, unsatisfactory bowel movements, how exactly does reducing your stomach acid—the very thing needed to digest food and absorb nutrients—help?

It doesn’t, and moreover, the fact that PPIs also seem to raise your stomach pH(how acidic your stomach is) to ABOVE pH 4(near alkaline) perpetually, should cause any dyspeptic user to reconsider taking PPIs like omeprazole.

Instead, it may be more beneficial to work on improving your digestion by talking about digestive enzymes and probiotics with your doctor.

Also, consider trying a plant-based diet which multiple studies have shown can increase bowel movement frequency and help with digestion.

I hate to bring this up because it’s a sensitive issue for many people, but if you’re obese or have excess abdominal fat, you may already know that losing weight can really help with your reflux symptoms.

According to this study from the Veterans Affairs Medical Center in Missouri, 80% of participants achieved some resolution in their GERD symptoms simply by losing weight(65% achieved COMPLETE resolution of GERD)

It’s tough because we’re constantly bombarded with all kinds of goodies and culinary temptations that make sticking to an optimal diet near impossible, but as someone who too has struggled with excess abdominal fat, I can tell you it’s worth it: 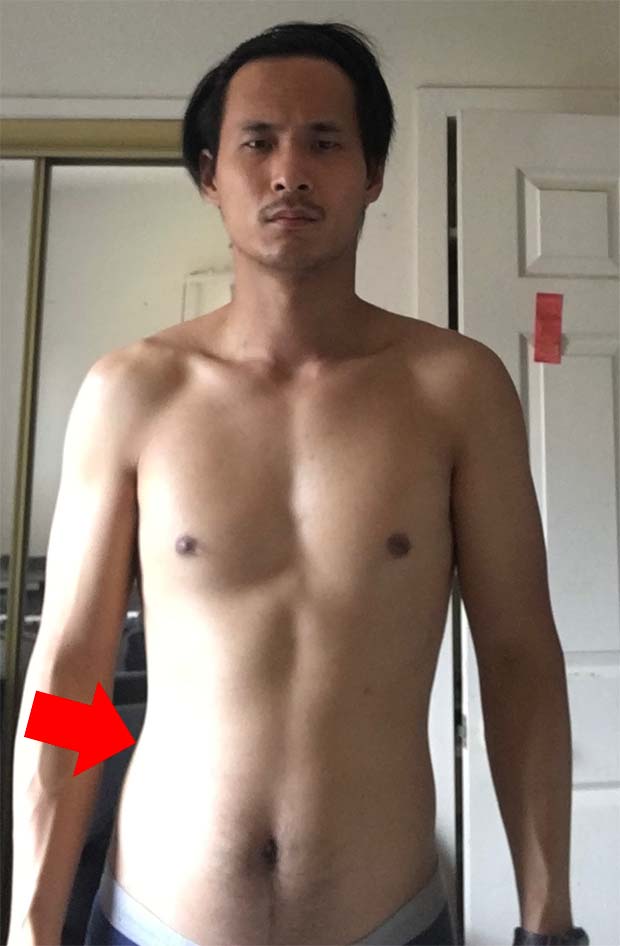 Had to believe, right?

But that’s me! As someone who was also born preterm, I’ve struggled with weight gain, body image issues, and digestive issues all of life.

As a matter of fact, when I was almost 200 lbs(mostly fat, mind you), I noticed I would get regurgitation often after eating a high-fat meal late at night.

I attributed this to sitting for too long after eating(which is partially true) but after sifting through the research, I discovered it was also due to excess abdominal fat that was putting extra pressure on my lower esophageal sphincter and causing it to relax and open more often: 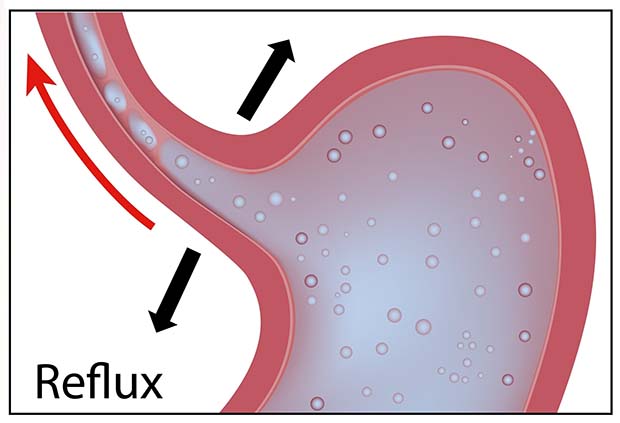 This is precisely why anti-reflux surgery like the Nissen Fundopolicaiton often fails for morbidly obese patients. The pressure all that fat exerts is simply too great for the lower esophagus to handle. Yet some of these patients are given the thumbs up to proceed with surgery anyway because oftentimes it’s perceived as easier to take 1 hour to slice a patient open and rearrange their anatomy permanently than it is to convince them to change their diet.

But if you could not go through surgery or take harmful drugs like omeprazole simply by cutting down your weight and eating healthfully, why wouldn’t you?

What most people don’t know and what most doctors don’t talk about is that there are two types of GERD that may require different types of treatment.

The first one is called typical GERD, which involves heartburn and regurgitation. This is also the type of GERD that tends to respond to PPIs better.

Atypical GERD on the other hand involves symptoms outside of the typical symptoms of heartburn and regurgitation. This can include everything from a sore throat and hoarse voice(LPR) to chest pain or even ear pain.

Atypical GERD symptoms are commonly referred to as “extraesophageal” symptoms and are notorious for being unresponsive to PPI medication, like Prilosec.

This has puzzled many researchers for a long time. If LPR is caused by acid, and PPIs suppress that acid, making stomach contents less acidic overall, why wouldn’t PPIs work?

If atypical GERD and LPR are caused by reflux, they should.

But they often don’t. This is what has led many doctors, especially the older ones, to believe that LPR symptoms are not caused by acid reflux.

The confounding fact that acid suppression drugs don’t really work for atypical reflux has also led some to theorize that it’s not just acid that is causing the symptoms, but also a digestive enzyme called pepsin, which is theorized to penetrate esophagus tissue and cause damage when activated by acid.

Though I don’t dispute the fact that pepsin may cause damage to the throat, I don’t believe it’s the sole cause of extraesophageal symptoms like laryngopharyngeal reflux(LPR) either because pepsin is found in the saliva of healthy people as well.

Instead, I believe mouth breathing is the prime cause of such LPR symptoms like a sore throat, dry mouth, and vocal difficulty you get in the morning when you wake up.

You see, when we mouth breathe, this dries out the saliva in our throat and as a result, our throats become more susceptible to damage from acid. It is well-known in the medical literature, especially in the dental field, that saliva plays a central role in clearing acid from the throat.

We tend to mouth breathe more at night when our saliva flow is already at its lowest. This is why most of us will get up in the middle of the night to get a gulp of water before hopping back into bed and going back to sleep.

It’s also the reason why many people with LPR will experience a dry, sore throat in the morning when they wake up. They’ve been mouth breathing all night.

For the mouth breathing solutions I use every night, check out my free eBook”Reflux Free” here, or my mouthbreathing post here.

3. Are H2 Antagonists a good alternative?

Well, I think they’re a slightly better alternative than PPIs because they’re a considerably weaker medication, but they still do the same thing.

While they target the stomach differently they are still chemically suppressing acid, which can lead to symptoms like constipation, diarrhea, abdominal pain, and fatigue.

Not exactly natural, though without question, better than omeprazole.

If you are having doubts about whether you have GERD or not because of the suddenness of your symptoms, here’s a quick way to tell: get Reflux Gourmet.

Reflux Gourmet is an alginate product that works by forming a polymer “raft” made of brown seaweed that floats up to the LES and blocks stomach contents from refluxing back up.

You can take this after your largest meal, right before bed, or when you’re most prone to reflux to see what happens.

If you wake up and your throat is still sore, your symptoms may not be due to reflux at all.

Conversely, if you do feel better after trying alginate therapy, this could be a confirmation that your symptoms are caused by reflux overcoming the LES and flowing back to your esophagus.

*Note that for some people, alginates could cause digestive issues/bloating. Also according to the Reflux Gourmet website, their alginate paste lasts only up to 4 hours.

There really is nothing natural about suppressing stomach acid so in that sense, there really is no “natural alternative to omeprazole” per se, but what many doctors have long advocated as the best way to heal reflux is to change your lifestyle.

And as we’ve covered, making lifestyle changes such as improving digestion, switching to a plant-based diet, dropping the pounds, and correcting mouth breathing may not be the quickest way to heal, but it may very well be the most effective way to recover completely from acid reflux in the long run.