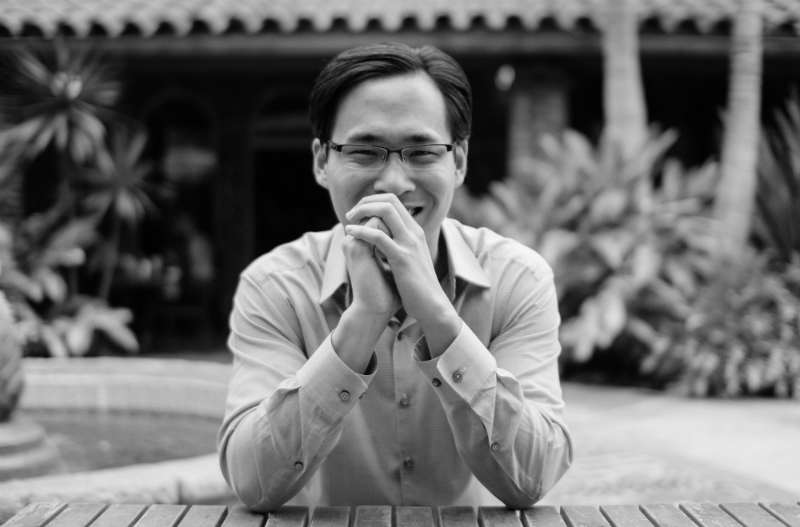 “I’d rather have cancer.”

His brow furrowed. He shuffled in his seat.

I squinted at him.

He didn’t understand. He was eating a 5 inch high bacon avocado burger doused in salsa. I was having a glass of water.

It was 6pm. Way past my cut off time to eat. Dinner time for me was 6 hours before bed. On the dot. I had to wake up early the next day.

We sat in a gourmet burger restaurant in the middle of LA catching up. I hadn’t seen Sam in years.

He set his knife down and pressed a fork into his pristine piece of burger with caution.

“I know it sucks but you don’t know what it’s like to have cancer. You don’t really mean that.”

Actually I really did. He just didn’t understand. I guess I couldn’t expect him to. If I had cancer instead of GERD, at least I could talk. I could pray. I could sing. I could shout. I could be alive again. That’s all that mattered to me.

He dusted his mouth with a folded napkin, picked up his sweaty glass of raspberry ice tea and nourished himself.

I blinked as the man next to us bellowed with laughter. My friend had no idea. I had become an empty shell of who I was just two years ago. I could tell him, but it hurt to talk.

So I just smiled.

My GERD symptoms first began when I was working at a car dealership in college. One day after wrapping up a crazy deal that took nearly 6 hours to close my voice began to crack. I felt a strange burning sensation in my throat but I had just recovered from a cold so I didn’t think much of it.

I woke up the next morning with a sore throat and a croaky voice. Over the next few weeks my voice deteriorated as I experienced constant vocal fatigue. It was extremely difficult to talk.

After about a month of no improvement, I went to see my family doctor. He told me I had a viral infection, prescribed antibiotics, and sent me on my way. Reluctantly, I took the medication. A few weeks later my voice felt better. It seemed everything was back to normal.

But a year later things took a turn for the worst. After singing one night, my symptoms came back with a vengeance. I went to see an ENT doctor and was diagnosed with GERD. There was no cure, I was told. I had to take an acid suppression drug called Prilosec for the rest of my life.

Initially, the drugs helped. My voice was kind of back. I mean could talk, but I could tell my voice was weaker than before and I struggled to be heard when I hung out with friends. But PPIs were my only hope so I took them religiously every day half an hour before dinner. After a few months my symptoms seemed to improve.

Fast forward a year later, my symptoms came back even worse than ever before. I went to bed after singing for church one day and woke up with no voice. I couldn’t even whisper because it hurt so much.

I experienced constant burning in my throat and had frequent reflux episodes at night. Sleeping had become a nightmare and the drugs stopped working completely.

Six months passed and things didn’t change. The PPIs still didn’t work and it still hurt to talk. I didn’t want to admit it, but I felt lonely and hopeless. I was alive but it was like I didn’t exist to my friends.

2 years later, life became unbearable. I was on a soft liquid foods diet of hummus, carrot juice, and pita bread when I began to experience throat pain. Every time I swallowed food my throat felt like it was getting cut by a razor blade.

Like many GERD sufferers I went through bouts of depression, but I never lost hope. I became a voracious health researcher and tried every reflux remedy I could find. Manuka honey, red apples, digestive enzymes, licorice, a raw foods diet, jumping jacks and even eating 6 hours before bedtime for almost a year.

It took 3 years, but I was finally able to recover from acid reflux completely through a combination of diet changes and breathing aids. I’m happy to say that today, I’m able to eat my favorites foods again, like tomatoes, garlic, cayenne pepper, and curry reflux-free.

I started Gerdwise to share my knowledge about acid reflux. Gerdwise is dedicated to providing you with the latest research, GERD news, and natural reflux treatments. I hope this blog encourages you and helps you understand GERD better.

If you are suffering from GERD, I want you to know that it is possible to heal naturally without drugs and without surgery. I along with many others are living proof.

Don’t give up and don’t lose hope!

To your health and healing,
Stew Tseng

Hey friend! Welcome to Gerdwise, a blog about healing acid reflux naturally. Gerdwise is dedicated to providing you with the latest research, GERD news, and natural reflux treatments. Don’t give up and don’t lose hope!