How to Get Off PPIs 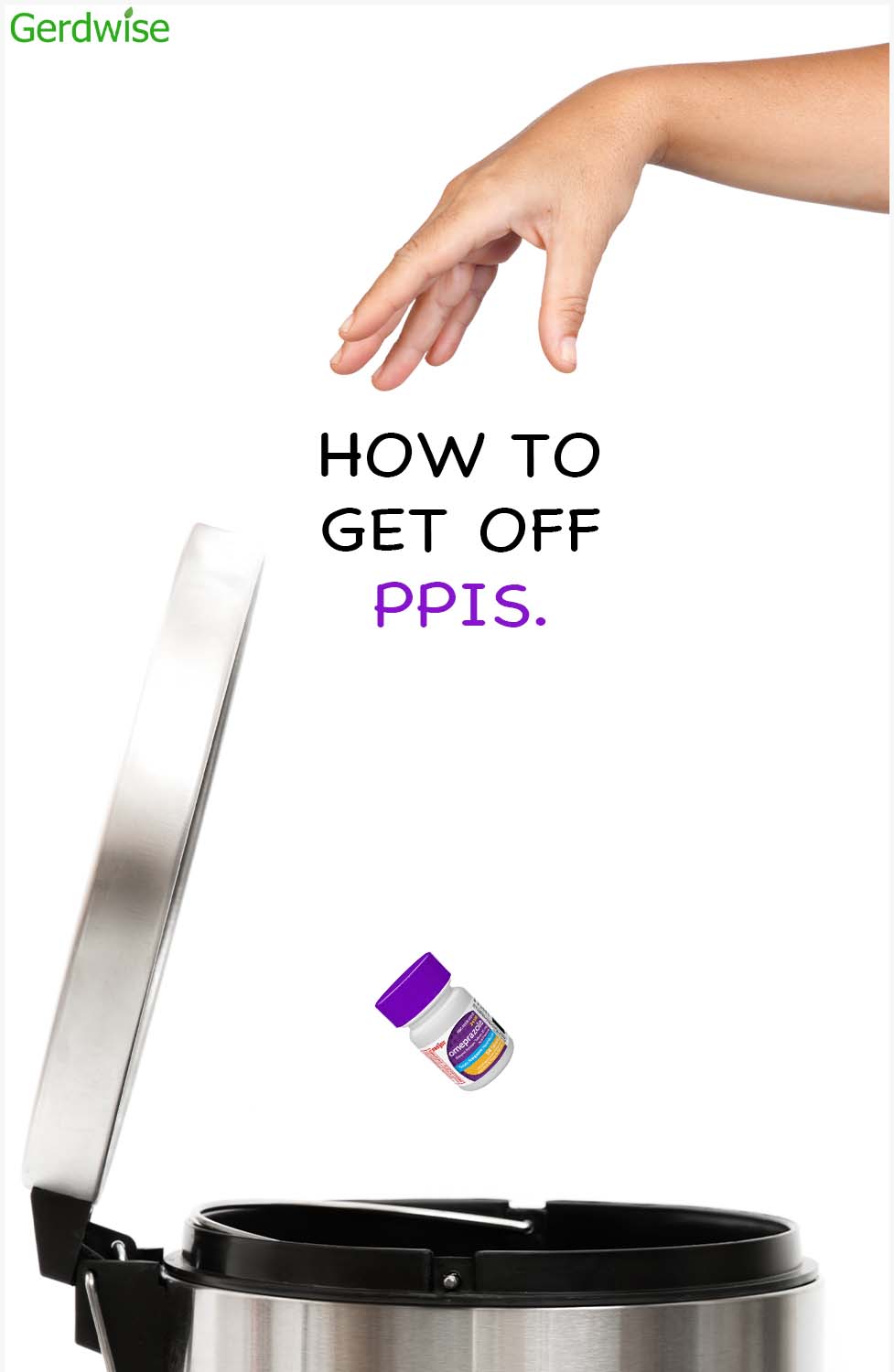 If you’ve been taking PPIs for a while now, and they don’t seem to be doing anything for you, you might be thinking about weaning off them completely. And for good reason. PPI use has been linked with a plethora of side effects and potential ailments including dementia, indigestion, heart disease, stroke, and kidney disease—just to name a few…

In this article, I’ll be sharing the best way I’ve found to safely get off PPIs, also known as proton pump inhibitors.

2. Why You Would Want to Stop

4. Is Rebound Reflux an Indicator of a Deeper Problem?

First let’s talk about what PPIs like Prilosec, Nexium, and generic omeprazole do. How exactly do they work?

In a nutshell, PPIs “chemically” block most of our stomach cells from producing acid. This reduces the amount of acid in the stomach drastically(some studies say as much as 95%!).

2. Why you would want to Get Off PPIs

Side Effects and Long Term Health

If you’re reading this article it’s likely that you already know about the many side effects and potential health hazards that come with long-term PPI use. Here’s more info about PPIs in case you want to learn more. I won’t go into details here but just know that over the years, PPI side effects have become a serious issue.

In fact, so serious that the American College of Gastroenterology officially updated their guidance on PPIs to basically say that patients who DO NOT have heartburn, regurgitation, or anything more serious SHOULD NOT be taking PPIs for more than 8 weeks.

The problem, of course, is that TONS of people have been told to take PPIs FOR YEARS, often with 0 concrete evidence for acid reflux.

You Suspect You Were Misdiagnosed with GERD

Did you know around 56% of doctors are overprescribing PPIs and as a result, are most definitely misdiagnosing GERD?  This is something that hardly anyone talks about, but it IS a widespread issue that the research has discussed for years:

The reason why there is such a high incidence of misdiagnosis is because many doctors are diagnosing people with GERD without proper testing. Got hoarseness? It’s probably GERD.

How about stomach pain?

So ultimately you’re prescribed PPIs which seem to kind of work for a while but then stop working(read this article for more info about PPI misprescription). You feel worse. Your digestion feels off.

The Truth is PPIs Are Screwing With Your Digestion

The last reason you may want to get off PPIs is because they are messing with your digestion. Remember, PPIs target your stomach cells to drastically cut down acid secretion.

This is a problem because of course, we need stomach acid to digest our food and absorb nutrients. Every wonder why PPIs like these have magnesium added in?: 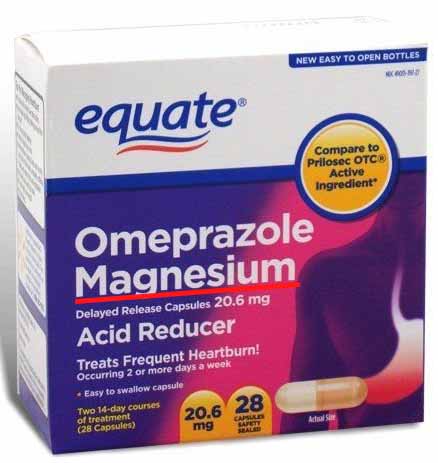 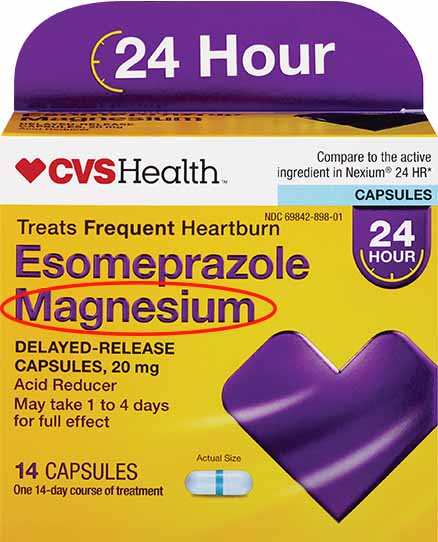 It’s because the manufacturers KNOW that when you reduce stomach acid you also reduce the ability of the stomach to absorb nutrients and minerals like magnesium.

The Most Common Cause of GERD: Indigestion

Did you know that there is a huge overlap between indigestion(also called dyspepsia) and GERD symptoms? Here’s a study that I’ve cited in a previous article describing this common overlap:

So if your acid reflux is related to indigestion, suppressing stomach acid can actually make things worse by slowing down your digestion(also known as gastric emptying).

Telltale signs for indigestion are bloating, constipation, early satiety, and even nausea. Interestingly, these symptoms also occur in patients who take PPIs to suppress stomach acid as well!

If you suspect your acid reflux was originally caused by indigestion, then you may want to come off PPIs to confirm and focus on improving your digestion from the ground up.

Check out this article for tips.

To start this section off, I’d like to say that there is no one way of weaning off PPIs. PPIs are a drug and as such, its chemistry is likely dependent upon several factors including weight, lifestyle, age, etc. Different bodies may respond differently(i.e. people also quit smoking differently).

In my case, I stopped PPIs completely one day after they stopped working for me. Looking back on it, this probably wasn’t the best idea because I began experiencing frequent regurgitation after that. On the other hand, I know people who had no issues coming off cold turkey, so there will be some variability.

However, many people according to the research, will experience something called rebound reflux if they try to come off PPIs immediately, especially if they’ve been taking PPIs for years.

Rebound reflux is acid reflux that occurs as a result of excessive stomach acid being released due to nothing blocking the “proton pumps” that produce acid in your stomach anymore.

Basically, when you stop taking PPIs all of a sudden, your body doesn’t have time to adjust to the new “chemistry” and “thinks” it’s still in “PPI mode.”

For most people, the stomach needs time to adjust after the “flood gates” of acid have been opened all of a sudden. Here’s a fascinating study that examined what would happen if you gave healthy people PPIs for 8-weeks and then had them quit cold turkey.

Can you guess what happened?

Again, I believe the best way to come off PPIs is to do it gradually and slowly so to minimize rebound reflux.

So without further adieu, here’s the best way I’ve found to wean off PPIs(also recommended to me by my doctor):

How to Wean Off PPIs

A WORD OF WARNING…

WARNING: If you have esophagitis, Barrett’s Esophagus, or cancer, you MAY NOT want to come off PPIs. Studies show PPIs are effective at stopping visible esophagitis progression.

IF you come off suddenly, visible esophagitis may return suddenly. Consult with your doctor to make sure you are getting the right care.

1. Cut your dosage in half(use a pill-splitter or a knife). If you’re taking capsules, switch to the same “mg” in tablets because obviously, you can’t cut capsules in half.

For example, if you’re taking two omeprazole pills, reduce your dosage to one pill. If you’re taking just one pill, cut it down to half a pill. Take half the dose for 14 days.

2. Now, if you started off with only one pill, you’re done. You are officially weaned off(given you aren’t experiencing unbearable withdrawal symptoms).

3. If you started off with two pills or more, now take the lowest dose possible(half a tablet) for 7 days. After that, take half a tablet every other day, for 7 more days. After this, you too are officially weaned off PPIs.

If you experience troublesome symptoms, you may wish to increase the dosage period from 2 to 3 weeks or even 4 weeks.

Also, studies have indicated that histamine receptor medication and/or alginates could help you wean off proton pump inhibitors even more gradually.

As always, consult your doctor before weaning off PPIs(especially if you have esophagitis).

The other thing I’ll add is whether you’ve been on PPIs for 8 weeks or 8 years, there will likely be some “turbulence” as your body readjusts—even if you do wean off gradually(just like cigarettes and nicotine).

When I came off PPIs my digestion was “off” for a while but after taking probiotics and incorporating fiber into my diet little by little, I eventually recovered.

Is Rebound Reflux an Indication of a Deeper Issue?

It is a fact that since PPIs were approved for use in 1989, they have been “over-prescribed” since at least 1995.

We also know that many people with LPR symptoms don’t actually experience acid reflux, regurgitation, or heartburn until AFTER they start taking PPIs, much like the healthy people in the rebound reflux study I mentioned above.

Are you one of these people?