Can You Get GERD without Heartburn? 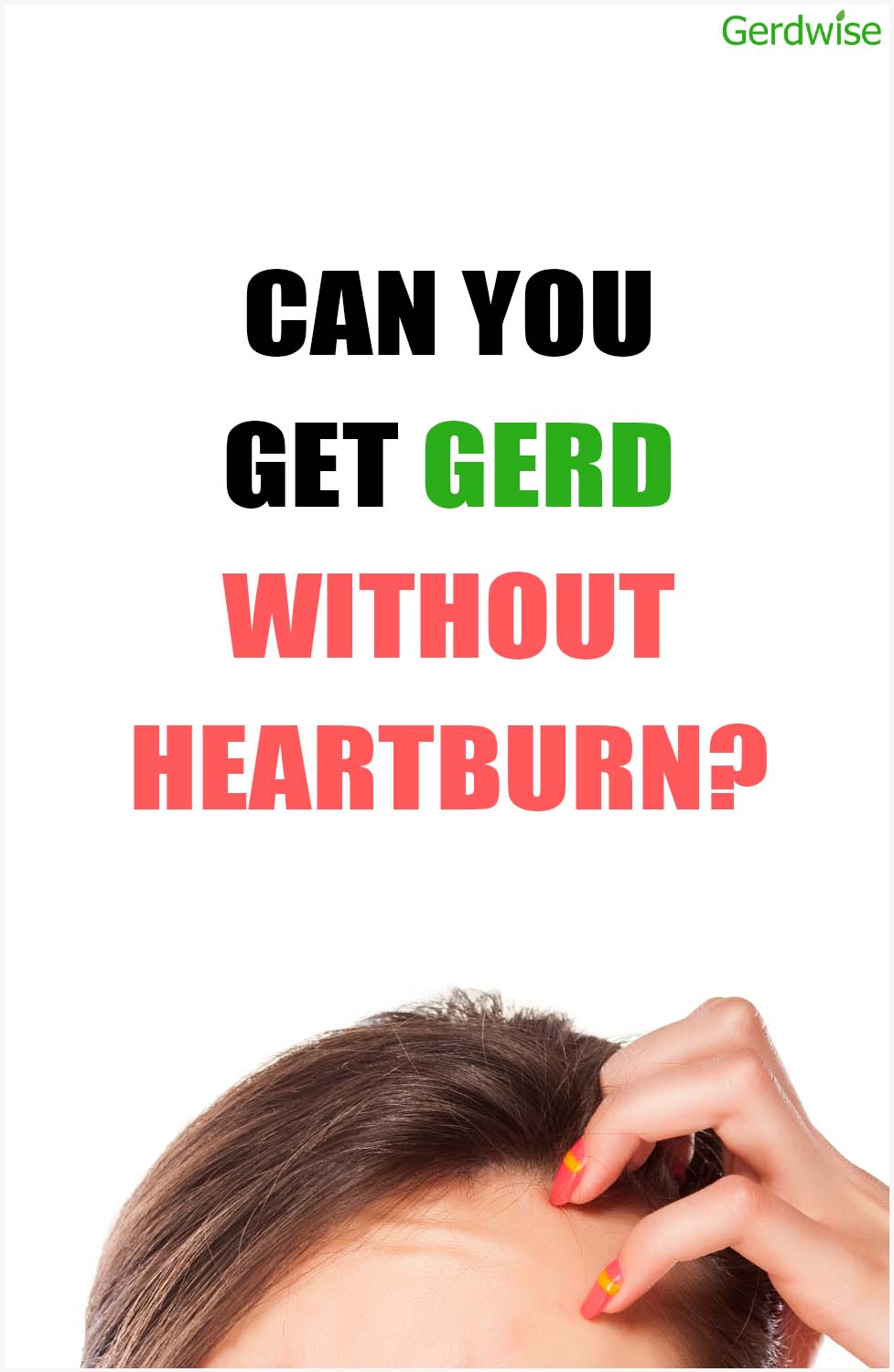 Can you get GERD without heartburn? The answer is yes, but there is a chance it may not be GERD at all …

More on this later, but first, let’s cover exactly what GERD is.

According to the Montreal Classification of Gastroesophageal Reflux Disease by Dr. Vakil et al.:

Notice there is no mention of heartburn in that definition. So again, no, you do not technically need to have heartburn to be diagnosed with GERD.

And yes, it can be a type of GERD, so let us now briefly cover the types of GERD so you get the full picture.

It is generally recognized in the medical literature that there are 2 types of GERD.

The first type is called typical GERD which involves the “classic” symptoms of acid reflux: heartburn and regurgitation.

In many cases, heartburn and regurgitation can over time, cause complications such as erosive esophagitis, Barrett’s Esophagus, or even esophageal cancer.

The second type of GERD is called atypical GERD which means you experience symptoms other than the classic symptoms of heartburn and regurgitation.

These symptoms may include sore throat, hoarseness, lump in the throat, chronic cough, asthma, pain in odd places, LPR, and much more(also called extra-esophageal symp

Before PPIs were approved by the FDA to be released on the American market in 1989, there was a commonly prescribed drug called Histamine H2-receptor antagonists(also known as “H2 Blockers”).

H2 Blockers, like PPIs, suppress stomach acid to allow the esophagus and stomach to heal but are markedly weaker than PPIs.

It is interesting to note that prior to the creation of PPIs(proton pump inhibitors), acid-suppressing drugs like H2 blockers were primarily used to treat peptic ulcers and typical reflux symptoms such as heartburn and regurgitation—NOT atypical symptoms such as a sore throat.

It wasn’t until PPIs came out and the subsequent popularization of “atypical reflux” in the 90s, that the PPI market and the prevalence of GERD exploded in growth.

Check out this fascinating stat from “A Narrative Review of the Prevalence of Gastroesophageal Reflux Disease(GERD)” by Drs. Boulton and Dettmar from Castle Hill Hospital in the UK:

In other words, GERD was practically non-existent in Asia, in 1993.

Yet today, studies are putting prevalence of GERD in East Asia at 7.8%.

Here’s another stat from the same study:

In 1989, the prevalence of reflux was estimated to be around 5% in the West.

Today(2022) the prevalence is estimated to be around 30% in the U.S., the UK, Canada, Australia, New Zealand, and even Saudi Arabia!(isn’t it interesting how GERD rates expand in nations that become more prosperous?).

What’s going on here? What happened in 1989 that caused our GERD rates to skyrocket in dramatic fashion?

I think a big reason why GERD prevalence has exploded in growth since 1989 is due to social pressure to use PPIs. After all, gastroesophageal reflux disease was and remains the most commonly treated condition among ENTs, so if a patient comes in with only a sore throat, how can it NOT be acid reflux?

This leads me to conclude…

The technical terms used in the medical literature are “over-prescribe,” or “over-use,” but both terms, in my opinion, are euphemisms.

A cursory search for inappropriate PPI use will yield HUNDREDS of results, a few going as far back as 1995.

So why else has there been so many PPI “over-prescriptions”? I already mentioned social pressure, but  I think another big reason is because PPIs are used not only to treat GERD, but also to test a patient for GERD.

You go visit your doctor one day for your sore throat.

The doctor suspects you have acid reflux and asks you a bunch of questions:

Do you ever get a strange metallic taste in the back of your throat when you wake up?

Well not really but …

Well, my throat does feel a little sore when I wake up…

Yeah! Here, take these PPIs for 4 weeks and come back to see me in a month for a follow-up appointment…

Sound about right? I was being a bit facetious, but the fact is many doctors are PRESUMING GERD simply by how a patient responds to PPIs.

There are typically no other tests done to confirm GERD before consigning a patient to lifelong PPI use, which in more recent years, has caused alarm among researchers, including many from the American College of Gastroenterology, given the serious potential side effects that come with using PPIs long-term.

The Good News: Most “GERD” is Non-Erosive

Non-erosive GERD is acid reflux that produces no visible signs of mucosal damage(basically damage inside the esophagus). Conditions with visible signs of inflammation and damage include esophagitis, Barrett’s esophagus, and esophageal cancer.

When you stick a scope down the throat and into the stomach to take a look, only 20-30% of GERD patients will have visible signs of complications, which leaves the majority(about 70%) with absolutely no signs of GERD damage. It’s silent, invisible reflux, right?

Sure, or it could also be that GERD is massively misdiagnosed all over the world, fueled in part by the societal and marketing pressure to use PPIs(a 25 billion dollar + industry by the way).

This would also partially explain why PPIs don’t work for 40% of reflux patients and why only 5% of GERD patients will ever develop complications such as ulcers, strictures, Barrett’s Esophagus, and esophageal cancer:

The numbers are simply inflated.