Is the Cure for Acid Reflux Found in the Blue Zones? 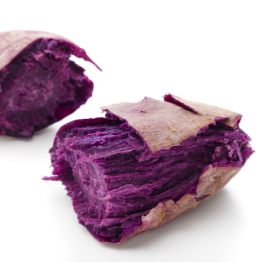 In 1995 a doctor named Gianni Pes made a startling discovery on the Italian island of Sardinia. In a mountainous region of the island, called Barbagia, Pes discovered an unusually high number of centenarians.

He was baffled. In one Barbagian village, Pes found an astonishing 7 centenarians out of 2500 people—a number that was previously unheard of—especially given the fact that the United States centenarian rate was just 1 out of 5000. Barbagia had about 14 times more centenarians than the US.

Pes also found that the women to men centenarian ratio in Barbagia was an astounding 1:1—way better than the vast majority of the world, where women centenarians typically outnumber men 4 to 1.

Finally, Pes noted that the men in the mountains of Sardinia lived much longer, quality lives than men almost anywhere else in the world. (1)

As fascinating as Pes’ finding are, it didn’t address what enabled these Sardinians to live so long.  So in 2004, a National Geographic journalist named Dan Buettner and his team, decided to investigate. They hopped on a plane and traveled to Sardinia to conduct more research.

After visiting Sardinia, Buettner and his team traveled the world in search of more people groups with an exceptionally high life expectancy and low rates of disease. Ultimately, Buettner identified 4 other places in the world that were similar to Sardinia. He labeled the 5 places he discovered as blue zones. A few years later, Buettner published his findings in a book called The Blue Zones.

In this article, I’ll go over what people in blue zones eat and what they do to live a long, healthy life. Given the fact that blue zones have some of the lowest rates of disease in the world, adopting a blue zone lifestyle may treat or even prevent GERD.

It’s estimated that from 1880-1990, when the population of Barbagia, Sardinia was only 17,865, 47 men and 44 women lived passed their 100 birthdays. This constitutes a centenarian rate that far exceeds the American rate from the same years by a factor of 30.

After interviewing several Sardinian centenarians, Buettner outlined 5 life principles that may explain why Sardinians from Barbagia live so long. He observed that:

The second blue zone Buettner talks about in his book is Ikaria, Greece. Ikaria is an island located in the Aegean Sea between Greece and Turkey and is known for its rocky mountainous land. The habits Buettner discovered in Ikarian centenarians were very similar to that of Sardinians.

The third blue zone Buettner talks about in his book is Okinawa, Japan. The island of Okinawa is located Southwest of Japan and East of Taiwan and China. Okinawans have much lower rates of Western diseases than Americans. Amazingly, Okinawans only have a fifth the rate of cardiovascular disease, a third the rate of dementia, and a fourth the rate of breast cancer than Americans do.

Some potential Okinawan longevity factors are:

A high number of centenarians are also found in Nicoya, Costa Rica. Nicoyans follow many of the same lifestyle principles as other blue zone peoples:

Currently, scientists have identified Loma Linda, California as the only blue zone in the Western world. Why Loma Linda? Well, it’s because Loma Linda is home to one of the largest Seventh Day Adventist populations. Currently, they are the healthiest group of people in the United States. The lifestyle habits Buettner found among the Adventists of Loma Linda were once again, strikingly similar to other blue zones:

So what do the Blue Zones have in Common?

First, people with the longest life in the world eat a plant-based diet with lots of fruits and vegetables, whole grains, and very little meat.

Secondly, it appears that all blue zone peoples are active. They may not necessarily go to the gym, but they aren’t couch potatoes either. They walk, garden, perform manual labor, and in general, have a life habit of moving around. Social networks and close friends seem to be a crucial component in the lives of blue zone peoples as well.

The results of the blue zones study are very important because it identifies lifestyle principles that people with the lowest rates of disease and longest life have in common.

One central lifestyle habit worth noting is the fact that all long-lived centenarians eat a plant-based diet that is similar to the Mediterranean diet. This is significant because we already have a few studies that indicate the Mediterranean diet is effective at treating acid reflux. (2) (3)

Imitating the way these blue zone centenarians live may just be the key to healing GERD and living a long, functional, and healthy life.

Who wouldn’t want that?

Get my free eBook on how to heal acid reflux naturally for FREE!

Hey friend! Welcome to Gerdwise, a blog about healing acid reflux naturally. Gerdwise is dedicated to providing you with the latest research, GERD news, and natural reflux treatments. Don’t give up and don’t lose hope!